FedEx workers hoping to unionize and get better pay and benefits have met with a well-financed barrage of opposition from the company, according to recordings obtained by the Guardian.

Workers who charge that their benefits are less than at rival UPS said the company has bombarded them with anti-union messages and forced them to attend anti-union meetings.

The Guardian obtained recordings of meetings that were mandatory and required workers to sign in, according to a FedEx employee, held at FedEx facilities in 2015 and 2016, where managers and union avoidance consultants lectured workers on unions as the Teamsters was attempting to organize FedEx drivers at several locations around the United States.

OPCO involved is FedEx Freight.
U

Teamsters should organize a union for the part timers at ground around the US are getting screwed big time . Now is the time !

@Fred's Myth stated, this was for the freight opco, not ground.

But around here, the ground workers are getting a $2 / hour bump in pay...

Most drivers of subcontractors get this: 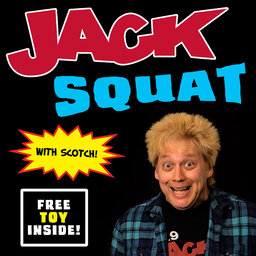 FDX Corp. is anti-union in ALL divisions, sir.

MrFedEx said:
FDX Corp. is anti-union in ALL divisions, sir.
Click to expand...

Irrelevant to the article, SIR!
K

Fred S is too smart for the teamsters......semper fi !

Not irrelevant because FedEx is anti-union across all opcos and what happens at Freight is an excellent indicator of how Fred would play ball with Express.

Being an ex-Marine doesn't means he's smart. The biggest reason for no union is the RLA, and the second is the bought and paid for politicians who help Fred keep Express RLA.

Please explain
I'm just curious, I'm always interested when I don't think someone can respond to a declaratory statement.

the proper term is former Marine.......and your points are well taken...my point stands due to the failure of the teamsters to organize friend.d.x regardless of any/all obstacles.....no excuses

Holiday hiring wars: Amazon, Walmart, UPS, and FedEx face off in a race to staff more than 335,000 workers in a brutally tight labor market

N
From an article in Memphis paper