That was really cool more,thanks for sharing it.

Merry Christmas to all!!

A very Merry Christmas and a prosperous New Year to all.

“Twas the night before Christmas and all through
the land, not a creature was stirring except those
brown vans.
The children were nestled all snug in their beds,
while visions of Guitar Heros danced in their
heads.
With papa in his long johns and I in my teddy,
we had just settled down for Moreluck’s apple
brown betty.
When out in the street there arose such a
clatter, I sprang from the couch to see what
was the matter.
And what to my wandering eyes should appear,
but brown package cars shifting through all
their gears.
With many a driver so lively and quick,
I knew in a moment they must be UPS-niks.
More rapid than Porsches on courses they came,
as they whistled and shouted and called out some
names. Next the Jones, the Coles, now the
Wrights and the Halls. Then the Greens and the
Smiths and the Hagers and Balls.
To the top of the porch, to the top of the halls!
Now dash away! We’ll do this and deliver
them all!
And then in a twinkling, I heard on the roots,
the stomping and stamping of each little brown boot.
As I drew in my head and was turning around, one
leaped on the porch in a single, huge bound.
He was dressed all in browns from his head to his
toes, with thick curly hair and a very cold nose.
He spoke not a word but went straight to his work,
delivering my packages then turned with a jerk,
and laying his hands on his red, freezing ears,
gave a nod and ran back to his truck with a cheer.
He jumped in his seat and gave a big whistle, and
flew down the street like the down of a thistle.
But I heard him exclaim as he chomped on a Mars,
I’m outta here man, and thank God for DR’s!

Don't neuter this by calling it a holiday.

A very merry christmas to all.

Just want to wish everyone a Merry Christmas. Enjoy the day and relax with the family.

I have the turkey ready to go in the oven for tonight's Christmas Eve dinner (just the two of us)........not cooking Christmas day, so I can enjoy some phone calls from kids and grandkids.

Happy New Year to everybody too !!

Merry christmas to all of you and your families. Cherish every moment you get with them, time is too short.

I'll pretty much tone the politics down during the Holidays..(uhm Christmas) with my Brown Cafe compatriots, however start simmering for my 2008' campaign of exposing the "CON" in conservatives.

But for now I'd like to wish you ALL a Merry Christmas and a Happy New Year which hopefully will bring a successful end to conflict in the Middle East and embark on a peaceful resolution. I'd also like to extend my deepest graditude and appreciation and warmest Holiday and New Year wishes to the brave men and woman serving us proud and making the sacrifices our President has ask of them.
I know for sure on Dec 25th, sitting in our cozy dining room table (with the A/C running of course) about to indulge on our Christmas dinner, our prayers and a safe passage home will not only go out to my own son currently serving in the Air Force but to all military personal away from their families at a time of year we all gather together and not only share the gift of giving but share the gift of love.
Unfortunatley, there maybe some here with issues within the family. Now maybe a time to reach out and try to settle differences and disputes, and even if you made genuine attempts to reconcile and failed, at least you can go thru the next year with a clear conscience and try some other time down the road of life. Peace to all and God Bless! Enjoy the upcoming long weekends.

Got home from work last night about 10:30 pm but slept in this cold rainy morning til around 10:30 am and man did it feel good!!!!! Wife and I been watching the original King & I (Yul Byner and Deborah Kerr) and drinking a nice cup of coffee that I topped of with a nice KING size scoop of vanilla ice cream. MMMmmmmmm Good! Can I make anyone a cup?

As you 'wake on CHRISTmas morning...And look beneath your tree, You will find "Three Packages"...Sent to you by me.

The first package is Happiness...For it's what I wish for you; May your CHRISTmas be merry, Your New Year happy too.

The second package is Peace...Peace of mind in all you do For peace within your heart...Is what I wish for you.

The third package is filled with Hope and Love to spare, Hope in God to guide you,And Love for you to share.
B

Life is a Highway...

Wow...I woke up this morning and its snowing like heck outside. Thank God the snow waited till all packages in the building were cleaned out and delivered.

This is nice when peak and over and you can reflect and say you've survived another UPS avalanche of boxes. Say a prayer to those who can't be with family......peace brothers and sisters!

moreluck said:
As you 'wake on CHRISTmas morning...And look beneath your tree, You will find "Three Packages"...Sent to you by me.

The first package is Happiness...For it's what I wish for you; May your CHRISTmas be merry, Your New Year happy too.

The second package is Peace...Peace of mind in all you do For peace within your heart...Is what I wish for you.

The third package is filled with Hope and Love to spare, Hope in God to guide you,And Love for you to share.
Click to expand...

actually a very nice sentiment and what we have forgotten about christmas. The feeling of christmas is really the true gift for me. The giving of presents seems like such a let down because those material items do not capture the joy of christams. If we could only get back to these simplistic values of this very special holiday.

A belated Merry Christmas to everyone. 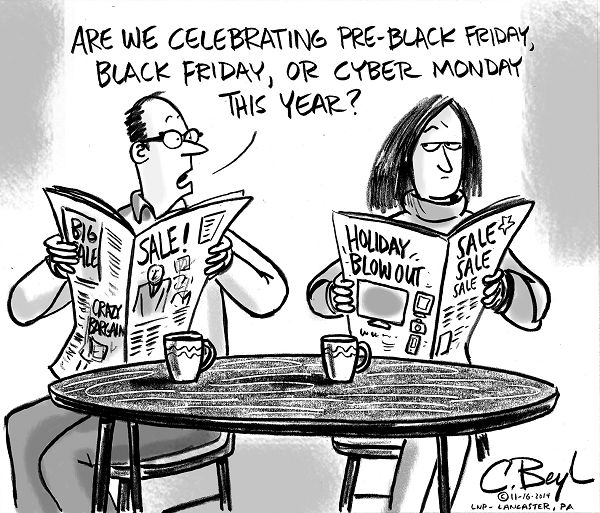 Peak is now over

I'm Dreaming Of A White Christmas
2 3