The union had accused Amazon of illegally interfering with the election process. The company can appeal the decision.

Amazon workers at a warehouse in Bessemer, Alabama rejected union representation in April, but a federal official ruled Monday that the the election be held again. That would throw out the previous result and start the election process again from scratch, an unusual outcome in a union drive.

The Retail, Wholesale and Department Store Union sought to represent the workers at the Amazon fulfillment center in vote-by-mail election that took place over several weeks. The union challenged the election results shortly after votes were counted, claiming Amazon had illegally interfered with the election process. The National Labor Relations Board held hearings at its Region 10 headquarters in Atlanta, and the hearing officer recommended in August that the election should be redone. On Monday, the regional director in Atlanta agreed with the recommendation and officially ruled for a redo. 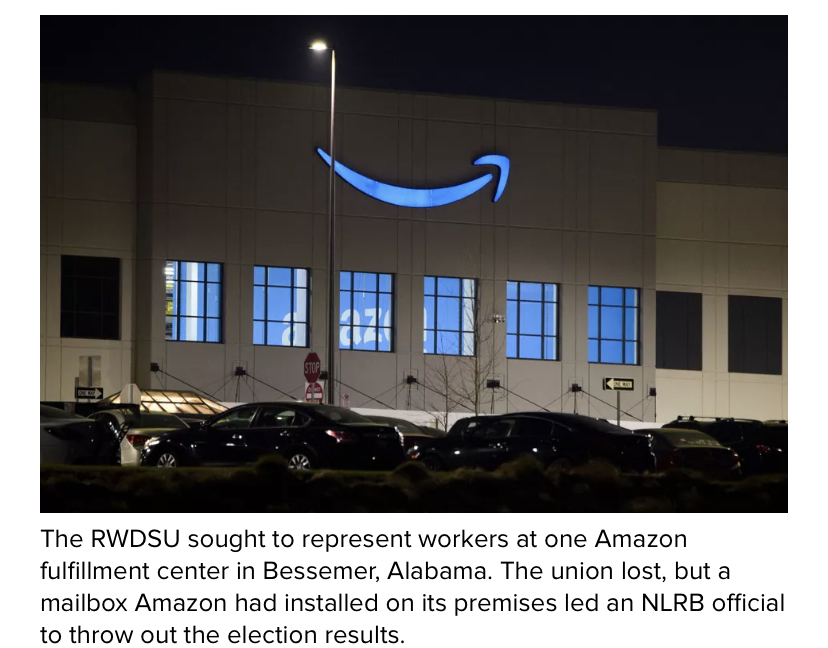 Lol NLRB threw the results out ...

the re-vote is a start in the right direction......I suggest you folks put some sleepers in amazon who can organize......there is no way amazon cannot be organized by the union.....dont complain....organize........if it takes baseball bat confrontation for personal protection bring it on.......I was shocked with the first result of defeat.....