oldngray said:
I think the Kurds are hoping for more and continuing support. Probably a bit naive on their part because one of the US's biggest mistakes was leaving them hanging in the past when they tried to fight Saddam. Supporting the Kurds definitely makes the best sense from the US point of view but any US aid has been very inconsistent.
Click to expand...

That's the rub isn't it? How much support do we give them short of actually sending in troops, and is it a slippery slope?
The point I was making though was that what General Mcaffrey called a "useless pinprick bombing strategy" has actually made a substantial difference on the ground, allowing the Kurds to retake some territory.

The startling study, titled "Testing Theories of American Politics: Elites, Interest Groups, and Average Citizens," is slated to appear in an upcoming issue of Perspectives on Politics and was authored by Princeton University Professor Martin Gilens and Northwestern University Professor Benjamin Page. An early draft can be found here.

Noted American University Historian Allan J. Lichtman, who highlighted the piece in a Tuesday article published in The Hill, calls Gilens and Page's research "shattering" and says their scholarship "should be a loud wake-up call to the vast majority of Americans who are bypassed by their government."

The statistical research looked at public attitudes on nearly 1,800 policy issues and determined that government almost always ignores the opinions of average citizens and adopts the policy preferences of monied business interests when shaping the contours of U.S. laws.
Click to expand...

Pees in the brown Koolaid

I'm not necessarily an Obama fan, but I have to point something out here.

6 months ago, everyone was bashing Obama for failing to bomb Syria when they crossed the "red line" of chemical weapons use against their own civilians.

What was the end result however? Using the credible threat of Tomahawk missile strikes combined with diplomacy and negotiations with Russia, Syria wound up placing its chemical weapons stockpile under international control without the need for American military intervention.

I am not naïve enough to think they handed all of them over, but credible reports indicate that the overwhelming majority of Syria's chemical arsenal has been confiscated and is in the process of being destroyed, which is a far better situation than existed before.

I saw lots of cartoons making fun of Obama for being weak, but the bottom line is that in this case he got the job done without having to put US troops in harms way and he deserves some credit for that. 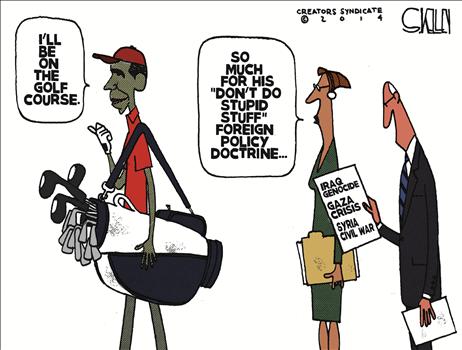 We can't give the Kurds to much military aid .
Turkey would get upset .
The Kurds have been battling Turkey & Iran for decades , trying to carve out their own nation . 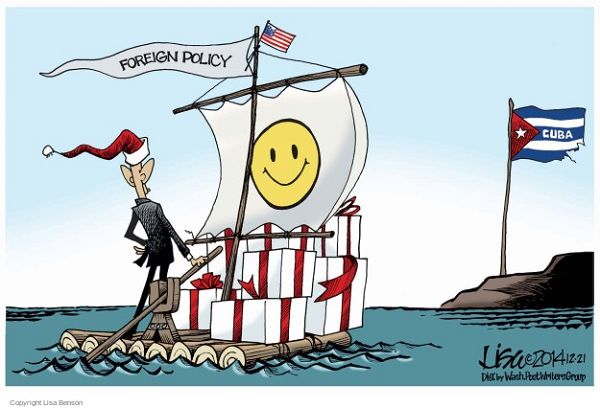 Former SAS soldier Ben Griffin on the monster behind foreign policy. Just replace Queen and Country with Uncle Sam and Flag and there you go!