How to become a pilot

burrheadd said:
You have a medical license also?
You truly are amazing
Click to expand...

Bad argument, how many genders are there? Haha
Q

The FAA publishes the guidelines for disqualifying medicines. For all to see. Tip: before you ever apply and go for an FAA medical of any kind......get a consultation from the FAA certified doctor and tell him about your health history. If you want to be a pilot. Once you fail
(disqualify) for a medical.....it triggers a whole bunch of protocols that must be explained or waived or not. Some are disqualifying forever. No, I'm not a doctor but very familiar with the medical certification process. Most airline pilots have to go every 6 months
EKG's and all that. No? Check it out.

Rotary wing same as fixed wing? Don't think so. It might help but I think you still have to have 1200 multi eng. maybe even multi turbine.
Q

MisplacedRailWorker said:
Yes. I’m actually in the process of applying for OCS in the USMC, through the PLC program. I just started college for the first time in my life (online) and while it’s an extremely long shot I figured why not at least apply and see if I get picked in the next four years.

We have the same exact vision (can’t see past my nose without glasses) but as long as the military performs the procedure then you’re fine. It’s called PRK but I believe if you get lasik on your own it is disqualifying.

Navy and Marines both fly the same aircraft for the most part, obviously we have less because USMC is the smallest service. Both fly the C-130 Hercules including the gunship and also tanker versions, F-18s, and a handful of civilian airframes for VIP and various other transport missions. These include the DC-9 (Marines version is called the C-9 Nightingale) and some 727 or 737 variants I believe.

Oh and all three of the aforementioned services have F-35s now.

quad decade guy said:
How about it C S.

You qualified? Know anything about air except what's between your ears?

When you have anything worthwhile about anything....get back to us. It's breathtaking how stupid you really are. And being an A whole.....you are king.
Click to expand...

A retired king at that

quad decade guy said:
Especially when you don't known anything different(stupidity). Notice how you did't deny it?

You better get some sleep that trucks not gonna drive itself 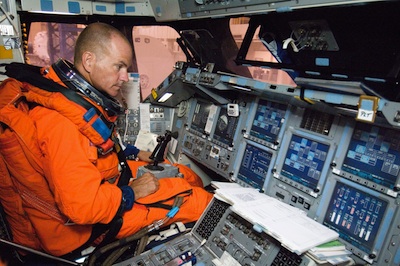 At FedEx the application for Pilot has a section of how many hours flown...Space Shuttle is one of the options..good luck HaHa

burrheadd said:
Here we go again with this S*
Click to expand...

@burrheadd Hold my beer I got this one.

quad decade guy said:
To all:

Not every disqualifying problem is waivable. Just like your DOT, the form says ever. Military has lots of applicants. They simply weed you out at the start. Are there exceptions? You bet. Simple? Far from it. They aren't desperate. 4 year degree needed? Yes. But they'll just be picky about which one you have. Ignore the normal idiots here. Now civilian far less picky except what type of hours and how much. A turbine hour is thousands per hour. They can be bought. But if you had that much money, why get a job with crappy hours and all the rest? Hell, why work? Unless you are female or minority(yes they are pregidous and racist in their choices) it's a lot tougher. Beware, if you take psycho active script drugs, you are probably screwed. Check it out.

Shrug. I have my plane and license. Been flying for 40 years. Have been very careful about my health. Very.
Click to expand...

Maybe it’s been a while since you got a DOT physical but nowadays you have to print the form yourself and check all the boxes to save the doctors precious time. You check them like this:

No, no, no,
Have you ever- NO
Do you currently- NEVER
Have you experienced- NOPE

Then the doctor looks you up and down and as long as you’re not built like a retired feeder driver then it’s pretty damn obvious you don’t have sleep apnea.

Military is the same exact way. Been processed twice, once in high school for army reserve and then I chickened out. Second time I actually enlisted in the Marine Corps Reserve and you go to a place called MEPS. Military entrance processing station. Exact same procedure, Medical paperwork you check no all the way down the line, don’t do drugs or at least abstain for about a week prior, eat a cold bologna sandwich, and lastly strip down to your underwear with 40 other males or females in the same room and do certain stretches called the Duck walk.
As the doctor glances over everybody to make sure they have five fingers and what not.

@IVE GOTTA PACKAGE 4U joined the military just for that exact experience.

Choicesumake said:
You can go army as a warrent almost did that but I went enlisted and worked on helicopters learned to fly them anyways when I was deployed. Go to your recruiter and ask about becoming a warrent officer you can go to west point and get a degree and get a great job as a fixed wing pilot.
Click to expand...

Wait do warrant officers have the college requirement in the Army? they don’t in the Marine Corps but all our helicopter pilots are commissioned officers. Warrant officer over here are a very obscure billet type thing. I can count on one hand how many Warrant officers I’ve met, and their MOS was usually something very specific like HVAC

I don’t understand, what is your grievance against Adderall? Did you get burned when the Shire stock did that huge up down a couple years ago?

MisplacedRailWorker said:
Wait do warrant officers have the college requirement in the Army? they don’t in the Marine Corps but all our helicopter pilots are commissioned officers. Warrant officer over here are a very obscure billet type thing. I can count on one hand how many Warrant officers I’ve met, and their MOS was usually something very specific like HVAC
Click to expand...

I have a grouping the family sold me of a marine who enlisted 1932- 1936 and afterwards was in the USMCR thru 1940. He reenlisted in USMCR through WW2 and was in Aviation Supply serving in the Pacific Theater. He served thru WW2 and was discharged in 1946. During Korea he was again recalled in Aviation Supply and was promoted to Warrant Officer. He was never ,as far as I know an aviator and being born in 1912 was WAY to old to have gone to flight school in 1950 after obtaining his Warrant.
Q

Just A UPS Guy said:
Well, what?
Click to expand...

You want to talk aviation or STFU?

Why are you so worked up?

I want you to STFU. Thank you for offering.

I think, not 100%, but think that the UPS pilots all have to be based out of Louisville right? Since the main next-day air hub is based there. Something to think about since that would require living in one city for most of your working life.

Nike said:
I think, not 100%, but think that the UPS pilots all have to be based out of Louisville right? Since the main next-day air hub is based there. Something to think about since that would require living in one city for most of your working life.
Click to expand...

Too bad we don’t have an actual UPS Airline pilot to answer these questions, but here’s the route my Contact Lenses took via Next Day Air… from what it looks like it flew from CLT to PHL

I stand corrected. Lol I’ve never even seen most of those planes in my 6 year stint