Staff member
How bout yourself?
V

bacha29 said:
The proof is in the fact that he freely and openly confessed that he did what he's accused of . His own chief of staff made the same confession . Backed up with the testimony a several high ranking diplomats whose testimony could not be discredited So just exactly what "absence of proof " are you talking about?

Despite his admission he still had the chance to gather up his documents and along with his subordinates go up to Capital Hill and tell them his side of the story. As president he is completely free to do so......but decided to roll the dice hoping that his minions in the Senate will get him out of the mess he's gotten himself into. With the election less than a year away they'll do it for him this time but if he does this again if I was him I wouldn't count on them doing it a second time.
Click to expand...

All witnesses presented by the Democrats admitted their information was hearsay. Not one fact witness amongst them. And Trump never admitted to anything illegal. By the way, if the Dems were so hot to impeach him how come they're balking at going forward with a Senate trial? This has been a total sham from the start.

Knees are hurting me.

DriveInDriveOut said:
What if someone says their opinion is that he wanted to jaywalk, despite the fact that he never did, and told others that he definitely doesn't want to.... 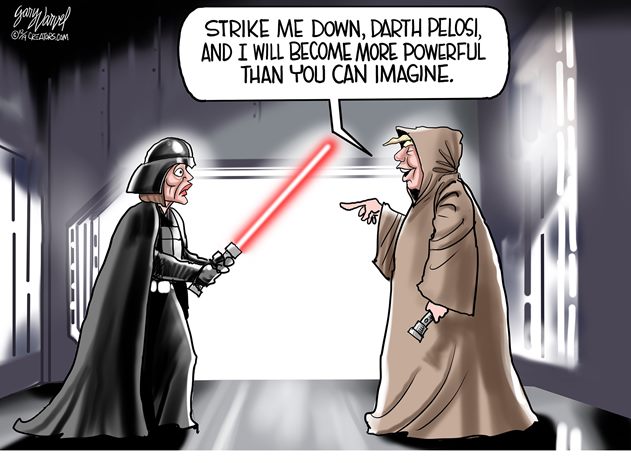