100 years ago, white mobs attacked black people and the Blacks fought back
Thelma Shepherd was riding back to her Chicago apartment on July 27, 1919, when her streetcar came under attack. Black and white men hurled rocks at each other and at the passing vehicle.
Over the next few days, white mobs stormed the streets attacking blacks indiscriminately. Thirty-eight people were killed, 23 of whom were black, and more than 500 were injured, the commission on race relations said.
"Street-car routes, especially transfer points, were thronged with white people of all ages," a 1922 report by the Chicago Commission on Race Relations says. Black passengers were dragged out to the street, beaten and kicked. 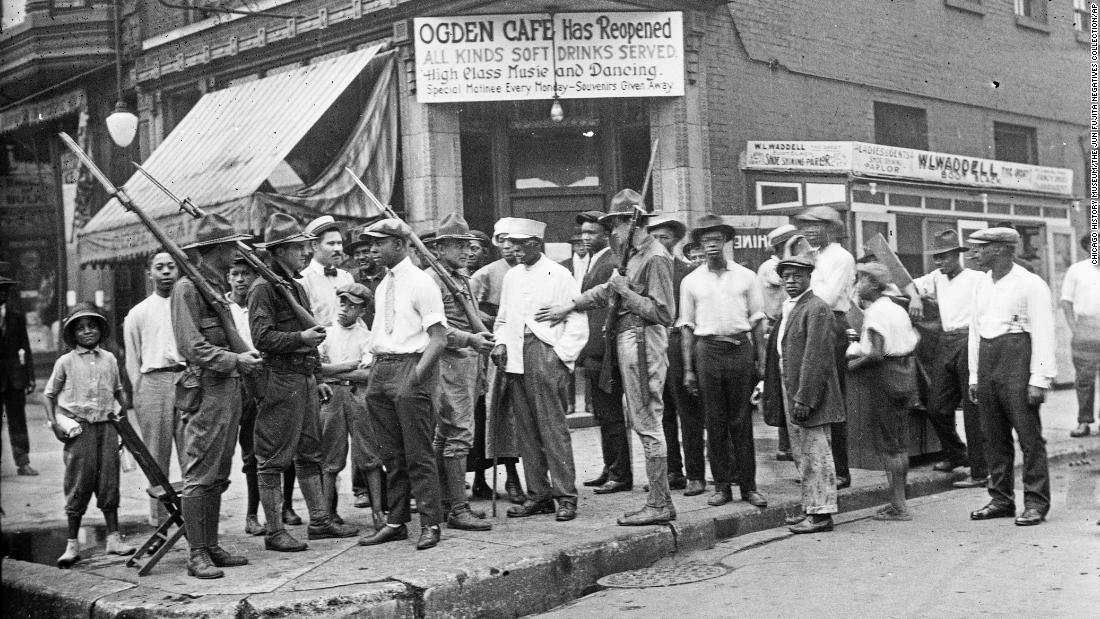