Time To Invoke The 25th Amendment?

I'm listening to Bush speak in Tuscon. He is slurring his words and stumbling more than usual. He has exhibited the same behavior recently when campaining for the Repub candidate for governor in Virginia. News reports say he has cut off all but a few people; his wife, his mother, Karen Hughes and Condi Rice(notice a trend?), and is subject to violent mood swings.

Is it time to consider invoking the 25th Amendment before it's too late for America?


BLITZER: But this has become, your suggesting, a religious thing for him? HERSH: Some people think it is. Other people think he's absolutely committed, as I say, to the idea of democracy. He's been sold on this notion.

He's a utopian, you could say, in a world where maybe he doesn't have all the facts and all the information he needs and isn't able to change.

I'll tell you, the people that talk to me now are essentially frightened because they're not sure how you get to this guy.

We have generals that do not like -- anymore -- they're worried about speaking truth to power. You know that. I mean that's -- Murtha in fact, John Murtha, the congressman from Pennsylvania, which most people don't know, has tremendous contacts with the senior generals of the armies. He's a ranking old war horse in Defense Appropriations Subcommittee. The generals know him and like him. His message to the White House was much more worrisome than maybe to the average person in the public. They know that generals are privately telling him things that they're not saying to them.

And if you're a general and you have a disagreement with this war, you cannot get that message into the White House. And that gets people unnerved.

BLITZER: Here's what you write. You write, "Current and former military and intelligence officials have told me that the president remains convinced that it is his personal mission to bring democracy to Iraq, and that he is impervious to political pressure, even from fellow Republicans. They also say that he disparages any information that conflicts with his view of how the war is proceeding."

Those are incredibly strong words, that the president basically doesn't want to hear alternative analysis of what is going on.

HERSH: You know, Wolf, there is people I've been talking to -- I've been a critic of the war very early in the New Yorker, and there were people talking to me in the last few months that have talked to me for four years that are suddenly saying something much more alarming.

They're beginning to talk about some of the things the president said to him about his feelings about manifest destiny, about a higher calling that he was talking about three, four years ago.

How do you get to a guy to convince him that perhaps he's not going the right way?

Jack Murtha certainly didn't do it. As I wrote, they were enraged at Murtha in the White House.

And so we have an election coming up -- Yes. I've had people talk to me about maybe Congress is going to have to cut off the budget for this war if it gets to that point. I don't think they're ready to do it now.

But I'm talking about sort of a crisis of management. That you have a management that's seen by some of the people closely involved as not being able to function in terms of getting information it doesn't want to receive.
Last edited: Nov 28, 2005

Susie, wasn't it you complaining that Tie couldn't spell?

No offense to our president, but he used to have a drinking problem. Laura gave him the ultimatum...."me or the Jim Beam!" He sobered up real quick.

Seems with all the Katrina, Rita stuff, the war and all sorts of other trials & tribulations that W has started to drink again. Who wouldn't? So, Laura has once again issued the ultimatum and if you noticed when the Prince was visiting here W was toasting with water and the prince was toasting with wine. W's on the wagon again, thanks to a beautiful First Lady.

few people; his wife, his mother, Karen Hughes and Condi Rice(notice a trend?)
Click to expand...


Nope, I dont notice. Maybe it is the only people he can really trust.

Of course I guess he could call Susie and let her in on what is really going on.

I love all these people that cant wait for an election to replace someone.

That is part of the problem, he only trusts four people! He has fired anyone who disagrees with him, unfortunately, some of those have been our best military minds.

.5,
Glad you have found a new mission in life. Unlike your leader, I can admit my mistakes, and correct them.

Susie-I feel so much better knowing that you are in the White House now and know who the President trusts and doesn't trust. Soon you will make it to the inner circle, just keep working it girlfriend. Also liked the way you slipped in part of the link you had posted, since you probably figured us uneducated ones couldn't figure out what to do with the link. Hey how come I didn't see you on the news getting a book signed by Cindy Sheehan? Or maybe you were blocked by the huge throngs around her.

susiedriver said:
danny,
Glad you have found a new mission in life. Unlike your leader, I can admit my mistakes, and correct them.

Crap back to ignoresville I go.

More honey how bout some beef stew and a nice red wine this time.

I'm adding an addition on to the ignored homestead of mine. Perhaps a bar to entertain, a studio with stadium seating to watch the game anna a hot tub for the times I might be feelin a little freaky.

Perhaps a fine cigar on the deck wit da mister and danny while you ladies clean up and talk about our bad habits.

A romp through the country in the old 57 chevy smellin the fine smell of fresh mown hay.

and then a quiet moment on the cliffs watching the sunset while sippin on some old but still potent cognac.

remembering a time when life was so much simpler. No phone, no computer, when tv meant either Walter Cronkite or the Jackie Gleason show. Good company a robust fire in the fireplace and perhaps a civil discourse on world events.

Yes sir i think Ignoresville can be a fine place to hang out. Do what you do or do what pleases you. "But in the end the love you take is the love you make."

Yessir Ignoresville can be a wonderfull place.

Sounds like Utopia to me.......except for the "ladies cleaning up" part. Who wouldn't want to be in Ignoresville ???

I do love the smell of a cigar shop. And the smell of fresh hay, well that is why I live in the middle of a hay field, no neighbors for 1/4 mile.

And on a quiet summer night, sitting on the front porch and you can hear the creek gurgling at the bottom of the hill and the bull frogs getting it on.

Its the small things that we enjoy when in ignoresville

If someone were fishing I'd say they just put their limit in the boat!

Isn't there some radical liberal message board for you to post this crap on? You should feel right at home with these losers.
S

Thanks to my friend here for the picture. 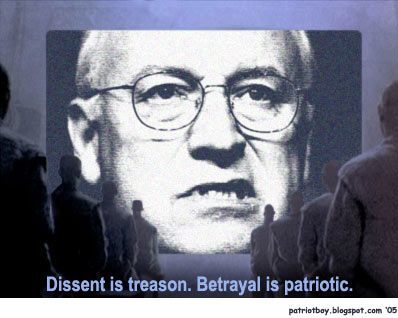 Hey, tie. Where have you been hiding? Merry Christmas.

U
Fired for something that happened a month ago?
7 8 9

U
Leave of Absence Unauthorized?