PRAYING FOR A STRIKE IN AUGUST !!!

Btw: some drivers "overservice" customers by being congenial too long at a stop. That's not thought of as stealing time but as continuing to keep good relations with shippers and consignees.
Losing 30 seconds at multiple stops will put you on the naughty DDR list but it's not a purposeful thing. We all get too comfortable at times.
B

Sickofit said:
I like honesty so thanks for being honest.
For the record, not one of our stewards supports dishonesty and blanket unionism when it comes down to stealing time.

I will tell you the drivers are as concerned of getting a steward "talk with" (because that kind of work ethic brings a mistrust factor onto all of the drivers if allowed to continue) as they are a management "talk with".

We dont support dishonesty in any fashion in our building. We hold ourselves accountable so that the company wont have to.
End of story.
Click to expand...

Some of the stewards I worked with would privately admit consternation at drivers sandbagging but would never admit it publicly or say anything to a driver everyone knew was doing it. Frustrating, but it is what it is.

brownIEman said:
Oh. No, that is way too much. I'll get with @TearsInRain and see if I can get that corrected.

I kid, I kid. Like I said, the union and the company would have to work together to find standards they can agree on. Could happen. 'course, we could all get magic unicorns to ride to work everyday too. About the same odds.
Click to expand...

At one point in my career at UPS, I was an operation clerk, payroll, collecting cod monies, verifying pickups and production reports. A new shopping mall was built in our city and IE did their time studies and gave me the new allowances. The driver was given an 8 hour load. At the end of his 8 hours when he returned, he was over 6 hours. The center manager asked me to adjust the allowances. It took about a week adjusting each day, and they began to become more consistent and reasonable. All this while sitting at my desk. A new District Manager just happened to about to be assigned to our state. He was working late, checking how the hub was run, kinda doing it undercover because no one was aware of his promotion. He came in and was studying the operation reports and questioned the differences in over allowed with similar volume and miles and time on this shopping mall. I explained and showed him how the allowances were so far off in the beginning. He was very knowledgable and understood how the allowances were not even close. None of the managers in our delivery centers were disciplined, but when he began running our district, he made changes to IE. A good percentage of the allowances being used in all of our centers were mine. This District Manager and I were very respectful of each other. He appreciated my honesty and ability to sit at a desk and adjust the allowances. I never had any recourse for this.
B

Old Man Jingles said:
I thought the Union supported all Democrats ... Not just 1/3 of them?

That used to be the case. It all started with the "blue dog" democrats in the early 90s who wern't very supportive of unions. The lengthy questioning our Joint Council and local union goes through to vet these candidates at election time is extensive but worthwhile. So when you see their recommendations this is our best shot for stronger contracts and better working conditions

browndevil said:
That used to be the case. It all started with the "blue dog" democrats in the early 90s who wern't very supportive of unions. The lengthy questioning our Joint Council and local union goes through to vet these candidates at election time is extensive but worthwhile. So when you see their recommendations this is our best shot for stronger contracts and better working conditions
Click to expand... 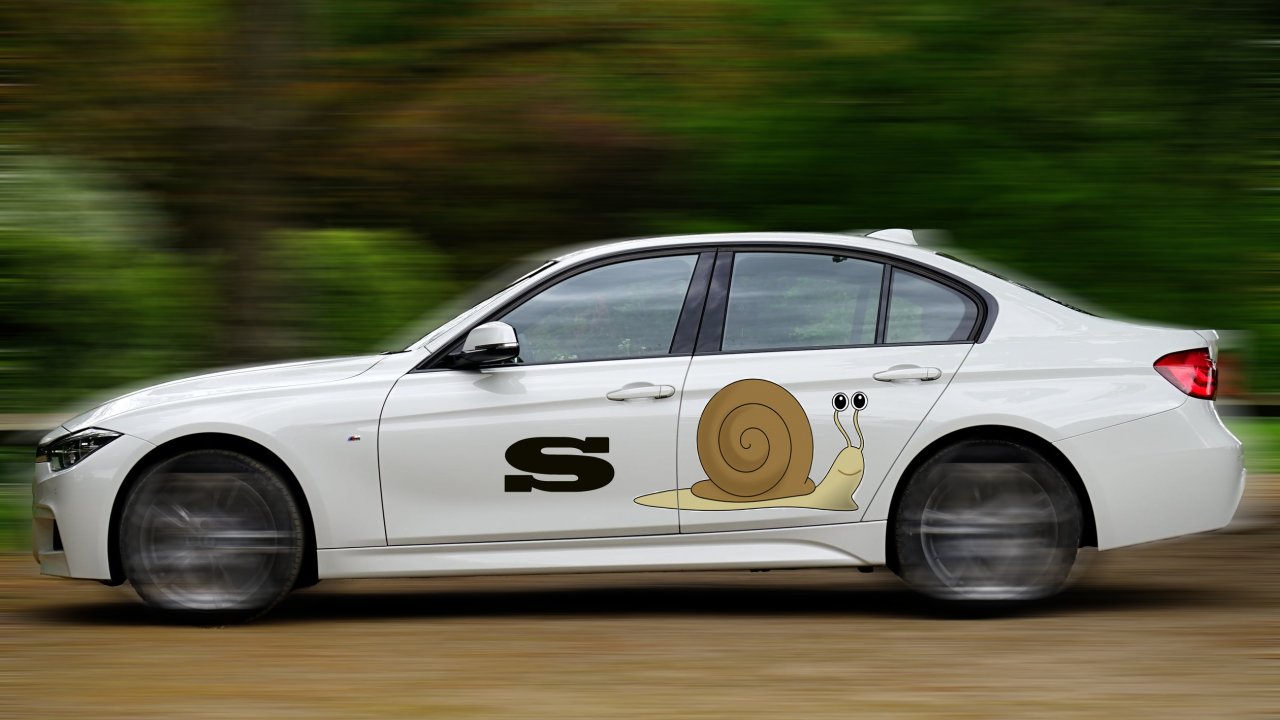 For some reason it's funnier on this site!
T

Let’s get one thing clear ….a strike isn’t the best thing in the world ….younger Teamsters may never come back ..this is a fact … choose your goals from this contract …I pray it goes well

Future said:
Let’s get one thing clear ….a strike isn’t the best thing in the world ….younger Teamsters may never come back ..this is a fact … choose your goals from this contract …I pray it goes well
Click to expand...

gorilla75jdw said:
Hello all , I'm no different than any of you guys other than I got big cojones (just a personal observation of my 43 year old self ) . Proud to be a 25 year full time Teamster (shifter) and a 24 year Steward at Local 480 (White's Creek) . My brothers and I walked the line in 97 , beat on scabs trailers , blocked supervisors from driving into our hub , tossed nails into the entrance to flatten tires , slingshot wheel bearings at the bright flood lights the company positioned into place to watch us picketing , drank plenty of adult beverages , grilled out and ate well in our makeshift camps etc. etc. . I could only imagine the fun we would have this go around , "IF" we are ordered to strike . Of course I already gave a big "YES" vote to the recently mailed out strike authorization, without that we don't give our representatives any leverage at all , it's like showing up to a gunfight , with no bullets or gun and blindfolded . Personally I do not wish for a strike , unfortunately the company we work for , with all their unreasonable numbers they put on us from unloading packages, Orion, idle times , backing , air , etc etc are incredibly unrealistic forced on us by nerds in cubicles at corporate in Atlanta who have never performed any of these jobs physically (Tetris on your kids IPAD does not count as loading a trailer IMHO.) Striking atleast once in a career UPSer should be a necessary requirement , for the simple fact of showing what actual "UNITY" can achieve ,and yes I do agree the 97 strike did not achieve much , but it did show the company and us Teamsters as well that the consequences can be devastating (losing customers ,revenue,trust etc etc) . But now is the time to get the most bang for our buck ,meaning the company has invested BILLION$$$$ into our infrastructure with planes , tractors , package cars and let's not forget all the new Hubs and expansions to existing hubs like my own hell hole (White's Creek Nashville Tennessee). We have their backs to the wall . With a nationwide shortage of CDL licensed drivers , the company's rigorous package car numbers/expectations ,not to mention the "failure to launch MELINNIUAL Generation kids , the company will be hurting for reliable licensed folks to run our loads/routes which are already hard,unreasonable ,unrealistic to begin with . Also but lets not forget the more important aspect of with President Trumps tax cuts to big business , other company's AT&T , Boeing ,Wal Mart (long list , Google it ) most of those company's gave out bonuses to their employees and made the public they were doing so and pointing out Trumps tax cuts was the sole reason why , meanwhile U.P.S is projected to gain/net a "6" "SIX" BILLION DOLLAR profit this year and has not done shyt for us ,but will regularly say that they cannot give out those perks all the other company's are doing simply because our "contract/UNION "prevents them from doing so , (WHICH IS TOTALLY FALSE ,just factually speaking , without any stipulations our Locals would never ,ever turn down any "bonuses,jobs (preferably full time) or anything that would be rewarding , WTH, we can't even get turkeys or shotguns anymore (yes shotguns,they were gifted back in the day ,some of y'all will dispute this but they did let employees pick those out as retirement or some sort of milestone type of reward, but oh well ). So yes , let's kick their ass , we should cease the moment , DON'T BE SKEERED !!! . My personal advice is have atleast a minimum of "3" weeks pay put back in savings , do not schedule any medical procedures or appointments during the first 2 weeks of August 2018 (my wife has postponed a major cancer preventative surgery ,in which she currently does not have cancer ,but did test positive for tge gene , but its nit immanent and we can put it on hold , sorry TMI,just didnt want folks to get the wrong idea . But an infection or setback during a strike with no insurance could be financially catastrophic (keep in mind not all regions insurances are the same , some regions might cover their members during a strike , others might not , call your Local Business agent and check) . Basically just have your bases covered . Sorry so long , rant over. One love , Unity , Be strong ,be proud ,be a Teamster !!!!!
Click to expand...

Been saving up for a strike and I can go 6 months if I have to. Was disappointed with the last negotiation as it seemed like our reps just took the first offer without even a threat of a strike. The first thing I learned as a teamster is that the company will ALWAYS see what they can get away with first. Teamsters work hard and we deserve the BEST DEAL, not the first OFFER.
Inside of every man or woman trying to make book, is a TEAMSTER DYING TO GET OUT! LFG!

IVE GOTTA PACKAGE 4U said:
It was slow for a good while after 1997
Click to expand...

A lot of animosity too.

UnionStrong said:
A lot of animosity too.
Click to expand...

That was the fun part

Thebrownblob said:
That was the fun part
Click to expand...

I didn’t know you were working back then.

UnionStrong said:
I didn’t know you were working back then.
Click to expand...

Yep, I was holding a sign that said “part time doesn’t work for America”

One guy that was especially visible on the picket line was targeted when we went back. I saw him leave the building one morning with the center manager, bldg manager and the OCS riding in his truck. They busted his agates for a while too. He was a hard boiled Teamster though so they couldn’t break him. Legendary.

Thebrownblob said:
Yep, I was holding a sign that said “part time doesn’t work for America”
Click to expand...

How long can these snowflakes hold out? 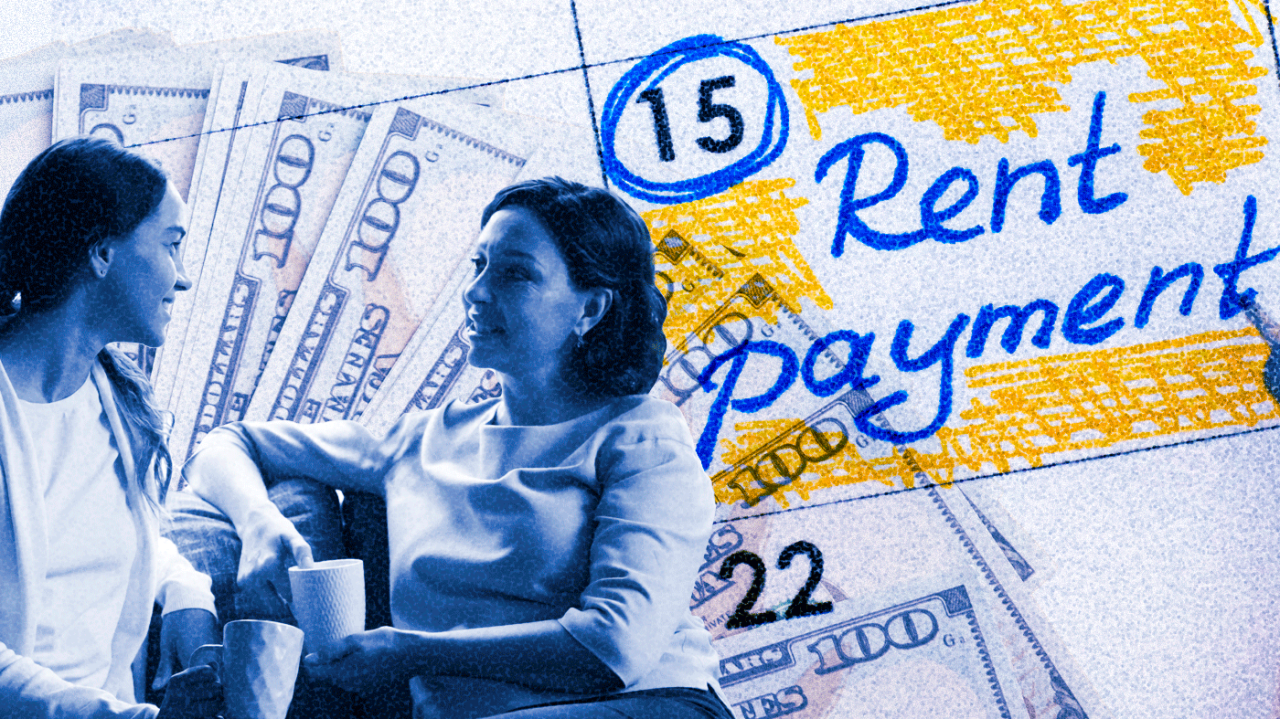 In a new survey, two-fifths of millennials say their parents still pick up one or more of their monthly bills. And the most common parental subsidy is the largest: housing. Twenty-four percen…

UnionStrong said:
A lot of animosity too.
Click to expand...

IVE GOTTA PACKAGE 4U said:
It was slow for a good while after 1997
Click to expand...

Wouldn't know it.
Cut routes, packed trucks the first week.
By the second week, it was back to normal. The usual bad.

BrownFlush said:
Wouldn't know it.
Cut routes, packed trucks the first week.
By the second week, it was back to normal. The usual bad.
Click to expand...

The right to strike

Repercussions for crossing a picket line?
13 14 15