A couple pulled into the driveway after their first date. The guy leans over and gives the girl a long, slow kiss. While he's kissing her, he quietly unzips his pants, takes her hand, and puts it on his penis.

When she realizes what it is, she screams, jumps out of the car, and yells back at him as she starts closing the car door, "I've got just two words for you, Drop Dead!!"

Two very elderly men were having a conversation about sex.

Elmer says, "Yessir, I did it three times last night with a 30 year old!"

Leon replies, "You're kidding! I can't even manage to do it once! What's your secret?"

To which Elmer said, "Well, the secret is to eat lots of whole-wheat bread. I'm not kidding!"

So the second old man rushed to the store.

The clerk asks the old man, "May I help you?'

"That's a lot of bread! It's sure to get hard before you're done!" the clerk remarked.

Leon replies, "Damn! Does everyone know about this except me?"

One day a little cat was walking through the park when he came across a pond. He peered into the pond and noticed that at the bottom of the pond there was a little cocktail sausage.

The cat was feeling quite happy so as the water wasn't that deep he reached in with his little paw, hooked the sausage out and ate it.

The next day the cat was walking through the park again and peered into the pond. There was another sausage in the pond but this time it was a normal sized one, so the cat reached in. This time he had to put his whole arm into the pond. The cat hooked the sausage out and ate it.

The next day things go basically the same and the cat again looks into the pond. There he found an enormous Cumberland sausage at the bottom for the pond. It looked so delicious but it was so deep that he had to really stretch to get it, then SPLASH - he fell in.

The moral of the story is: The Bigger the Sausage, The Wetter the pusillanimous! 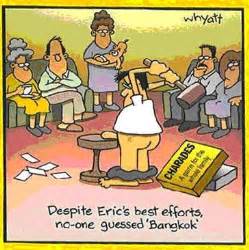 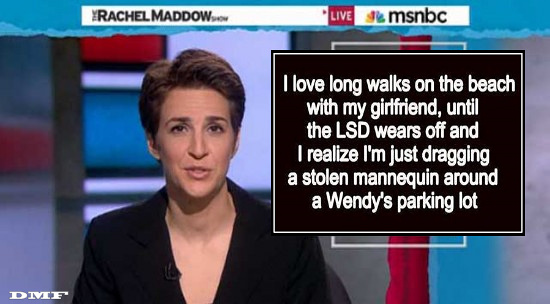 A lady goes in to take a tennis lesson, and the instructor notices she is using the wrong grip. After several failed attempts to correct her, he finally says "OK, just grip it like you do your husband's member".

After that, she immediately rips a couple of top spin winners down the line. The instructor says, "Wow that's great. Now just try taking the racket out of your mouth."

moreluck said:
A lady goes in to take a tennis lesson, and the instructor notices she is using the wrong grip. After several failed attempts to correct her, he finally says "OK, just grip it like you do your husband's member".

After that, she immediately rips a couple of top spin winners down the line. The instructor says, "Wow that's great. Now just try taking the racket out of your mouth."
Click to expand...

WARNING!!!! SCAM ALERT!!!
Be on the lookout for these two women. They are hanging out around the Safeway parking lot. When you are putting your groceries away they ask you for a ride to McDonald's.They are very convincing and very hot! Once in your car this one takes her clothes off and starts climbing all over you and while she keeps you busy, the other one takes your wallet. I've had mine taken on the 1st, 3rd, 4th and twice yesterday and probably two more times tomorrow. Wal-Mart has wallets for $2.99,but I found some at the Dollar Store for .99¢ so I bought all they had. These two harlets not only take your wallet, but you never even make it to McDonald's so I've already lost 10lbs. Keep a lookout for them. ( I find lunch time and around 5:30 are the best times)

A woman complains to her friend that her hubbie is losing interest in sex, and he prefers nights out with the lads to the joys of copulation.
Her friend tells her that to win his love, she must make more effort. She advises her to cook her man a slap up meal and then send him drinking down the pub with his pals. When he returns, she must be dressed in her naughtiest lingerie and look her most beautiful.
The following evening, she does exactly as instructed and is dressed to kill by the time her man returns. When he sees her lying on the bed in all her gear, he tells her to stand up and take it all off. He then tells her to do a hand stand against the bedroom mirror and open her legs.
This excites the woman immensely as her hubbie has never been this erotic before.
She does as instructed, and then he puts his face between her legs, faces the mirror and says, "No, no... maybe the lads are right -- a beard wouldn't suit me." 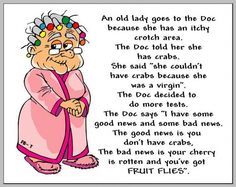 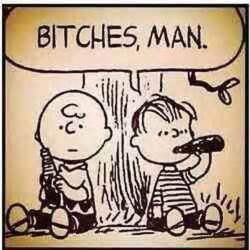 moreluck said:
There's a boat sinking out at sea with men, women and children on it, along with a minister, a rabbi, and a priest.

The minister said, "Oh my god, will somebody think of the children."

The priest said, "Do we have time?"
Click to expand...

SEX IN THE SHOWER.....Our lives begin to end the day we become silent about things that matter." In a recent survey carried out for the leading toiletries firm 'Brut', people from Chicago have proved to be the most likely to have had sex in the shower! In the survey, 86% of Chicago's inner city residents (almost all of whom are registered Democrats) say that they have enjoyed sex in the shower.


The other 14% said they hadn't been to prison yet.


Sort of brings a tear to your eye.

I'm glad I posted it on the appropriate day! 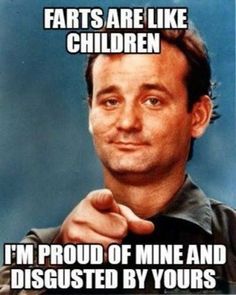 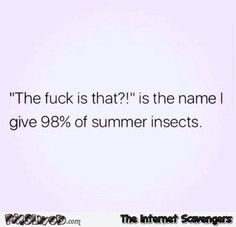 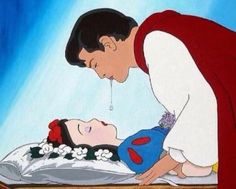 A virile, middle aged Italian gentlemen named Guido was relaxing at his favorite bar in Rome when he managed to attract a spectacular young blonde woman.
Things progressed to the point where he led her back to his apartment and, after some small talk, they retired to his bedroom where he rattled her senseless.
After a pleasant interlude he asked with a smile, "So, you finish?"
She paused for a second, frowned, and replied, "No."
Surprised, Guido reached for her and the rattling resumed.
This time she thrashed about wildly and there were screams of passion. The sex finally ends and, again, Guido smiles and asks, "You finish?"
Again, after a short pause, she returns his smile, cuddles closer to him and softly says, "No."
Stunned, but damned if he was going to leave this woman unsatisfied, Guido reaches for the woman yet again.
Using the last of his strength, he barely manages it, but they end together screaming, bucking, clawing and ripping the bed sheets.
Exhausted, Guido falls onto his back, gasping Barely able to turn his head, he looks into her eyes, smiles proudly and asked again, "You finish?"
Barely able to speak, the beautiful blonde whispers in his ear, "No, I Norwegian." 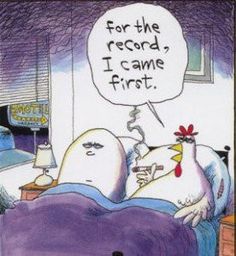