A Salute to ALL Veterans

Welcome Home to all the Brave Men and Women serving in the United States Military Our Prayers go out to those still abroad and to the Families of those who Paid the Ultimate Price for Freedom. We Salute You .. We Honor You .. We Thank You ..

When in England at a fairly large conference, Colin Powell was asked by the
Archbishop of Canterbury if our plans for Iraq were just an example of
'empire building' by George Bush.

He answered by saying, "Over the years, the United States has sent many of
its fine young men and women into great peril to fight for freedom beyond
our borders. The only amount of land we have ever asked for in
return is enough to bury those that did not return."

It became very quiet in the room.

A U.S. Navy Admiral was attending a naval conference that included Admirals
from the U.S. , English, Canadian, Australian and French Navies.

At a cocktail reception, he found himself standing with a large group of
Officers that included personnel from most of those countries. Everyone was
chatting away in English as they sipped their drinks but a French admiral
suddenly complained that, 'whereas Europeans learn many languages, Americans
learn only English.' He then asked, 'Why is it that we always have to speak
English in these conferences rather than speaking French?'

Without hesitating, the American Admiral replied 'Maybe its because the
Brits, Canadians, Aussies and Americans arranged it so you wouldn't have to
speak German.'

You could have heard a pin drop

Then there was a conference in France where a number of international
engineers were taking part, including French and American. During a break
one of the French engineers came back into the room saying "Have you
heard the latest dumb stunt Bush has done? He has sent an aircraft carrier
to Indonesia to help the tsunami victims. What does he intend to do, bomb
them?"

A Boeing engineer stood up and replied quietly: "Our carriers have three
hospitals on board that can treat several hundred people; they are nuclear
powered and can supply emergency electrical power to shore facilities; they
have three cafeterias with the capacity to feed 3,000
people three meals a day, they can produce several thousand gallons of
fresh water from sea water each day, and they carry half a dozen helicopters
for use in transporting victims and injured to and from their
flight deck.. We have eleven such ships; how many does France have?"


In war, there are lives risked and lives taken
Men and women giving their best to defend what they love
They defend their country
Their honor
Their people

Our veterans were more than soldiers
They were, and still are heroes ​

Moreluck, what a fabulous collection of articles you posted here! Thank you. I know the macho thing to say is "when are the french going to realize we saved their asses in 2 world wars" but your posting pretty much spelled out how ignorant they are. I think we should stop defending them.

But the reality that stood out more to me is all we want to do as Americans is live our lives. We don't want to invade another land. We NO have hate towards another people.

I hate the world we live in now. We can't just kill this enemy. It will be here for as long as we live. Its scary. It makes me scared for my grandchildren that won't be born for 20 years.

So again, thanks Moreluck for your posts, that was great reading! I'll see ya around,
Miggs73!

McCrae's "In Flanders Fields" remains to this day one of the most memorable war poems ever written. It is a lasting legacy of the terrible battle in the Ypres salient in the spring of 1915. Here is the story of the making of that poem:

Although he had been a doctor for years and had served in the South African War, it was impossible to get used to the suffering, the screams, and the blood here, and Major John McCrae had seen and heard enough in his dressing station to last him a lifetime.
As a surgeon attached to the 1st Field Artillery Brigade, Major McCrae, who had joined the McGill faculty in 1900 after graduating from the University of Toronto, had spent seventeen days treating injured men -- Canadians, British, Indians, French, and Germans -- in the Ypres salient.
It had been an ordeal that he had hardly thought possible. McCrae later wrote of it:
"I wish I could embody on paper some of the varied sensations of that seventeen days... Seventeen days of Hades! At the end of the first day if anyone had told us we had to spend seventeen days there, we would have folded our hands and said it could not have been done."
One death particularly affected McCrae. A young friend and former student, Lieut. Alexis Helmer of Ottawa, had been killed by a shell burst on 2 May 1915. Lieutenant Helmer was buried later that day in the little cemetery outside McCrae's dressing station, and McCrae had performed the funeral ceremony in the absence of the chaplain.
The next day, sitting on the back of an ambulance parked near the dressing station beside the Canal de l'Yser, just a few hundred yards north of Ypres, McCrae vented his anguish by composing a poem. The major was no stranger to writing, having authored several medical texts besides dabbling in poetry.
In the nearby cemetery, McCrae could see the wild poppies that sprang up in the ditches in that part of Europe, and he spent twenty minutes of precious rest time scribbling fifteen lines of verse in a notebook.
A young soldier watched him write it. Cyril Allinson, a twenty-two year old sergeant-major, was delivering mail that day when he spotted McCrae. The major looked up as Allinson approached, then went on writing while the sergeant-major stood there quietly. "His face was very tired but calm as we wrote," Allinson recalled. "He looked around from time to time, his eyes straying to Helmer's grave."
When McCrae finished five minutes later, he took his mail from Allinson and, without saying a word, handed his pad to the young NCO. Allinson was moved by what he read:
"The poem was exactly an exact description of the scene in front of us both. He used the word blow in that line because the poppies actually were being blown that morning by a gentle east wind. It never occurred to me at that time that it would ever be published. It seemed to me just an exact description of the scene." In fact, it was very nearly not published. Dissatisfied with it, McCrae tossed the poem away, but a fellow officer retrieved it and sent it to newspapers in England. The Spectator, in London, rejected it, but Punch published it on 8 December 1915.
J

I normally keep to myself when it comes to suggesting charities as like religion it's very much a personal thing IMO. However on this special day I would like to present one charity that we've found to be worthwhile and much worthy of our time and money.

There are many, many ways to help and this is just one but I thought I'd throw is out as food for thought. 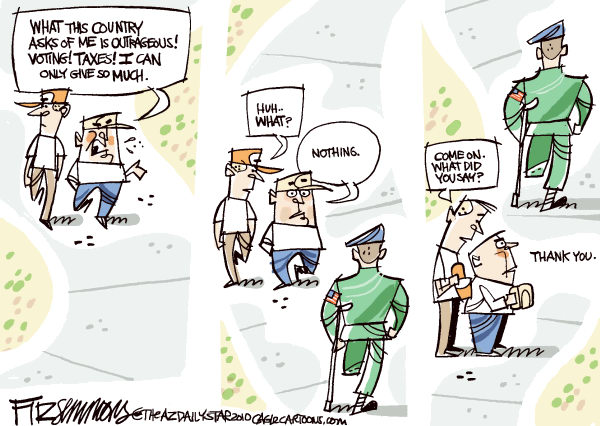 t is easy to take liberty for granted, when you have never had it taken from you.

Thank you for bringing attention to our Current Servicemen and Servicewomen.

I was USAF fighting the Cold War.....That was nothing compared to what our Boys and Girls are going through in this war.

Mission Statement:
The purpose of the MIA Project is to locate, identify and inter the unclaimed cremated remains of American veterans through the joint efforts of private, state and federal organizations. To provide honor and respect to those who have served this country by securing a final resting place for these forgotten heroes.
The MIA Project will be a long-term project, but not a time sensitive project.


* 3500 of these Cremains were found in one institution​

Happy Veterans Day to all who served.

Some sad facts according to articals published in the VFW Magazine, the Public Information Office and the HQ CP Forwadr Observer:

Of the 2,709,918 Americans who serverd in Vietnam, less that 850,000 are estimated to be alive today. If you are a Vietnam Vet reading this today you are among the last 1/3 of all U.S. Vets who served in Vietnam.
The youngest Vietman Vet would be approximately 54 years old today.
An average of 390 Vietnam Vets die each day.

The saddest statistic is that 4 out of 5 people who say they served in Vietnam----never did.

rod said:
The saddest statistic is that 4 out of 5 people who say they served in Vietnam----never did.
Click to expand... 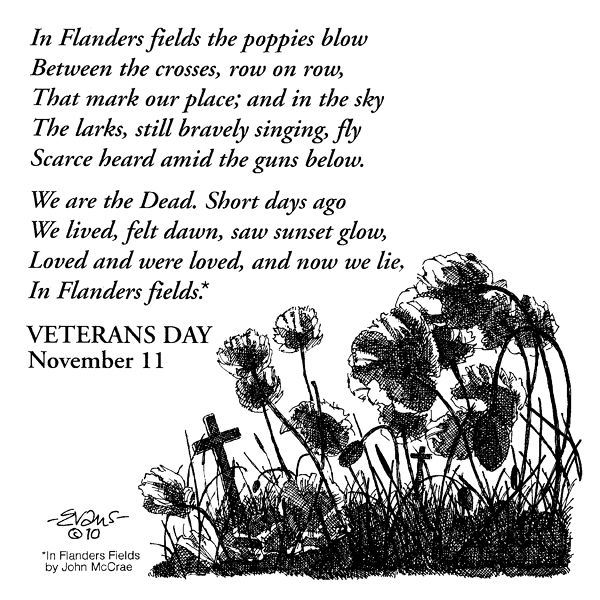 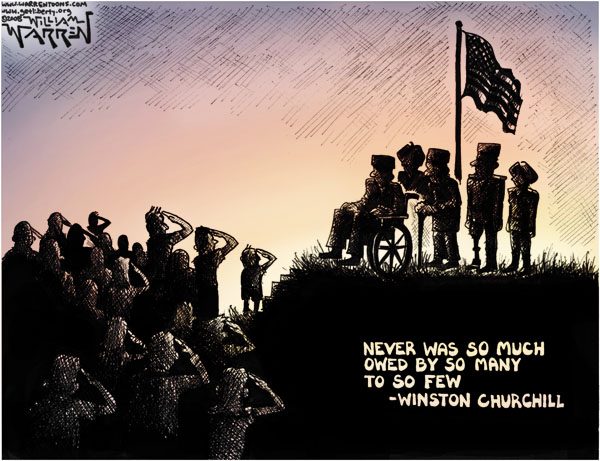 Lineandinitial said:
Thanks to our Veterans living and passed, regardless of the conflict or era.
I'm a USN vet (69 - 73) with two kids in the USAF and USMC.
My family knows sacrifice and Honor at a number of levels.
Each and every Service Person out there never knows what's in store for them, but they go knowing that the worst case scenario is possible at any moment (combat).
Honor them and include them in your prayers.

May they return home safely and soon.
Click to expand...

A heartfelt thank you to all veterans who may read this, and to the families of those veterans.