Ghost in the Darkness

Does anyone bring a radio to work with them? I'm thinking about getting something to take with me. I was just wondering if anyone has any recommendations? I'd like to get something that I can sync my ipod/itrip to.

I have this strapped to my dash. There is a spot to hook my ipod up to but I would rather listen to Sirius all day long.
O

Cementups said:
I have this strapped to my dash. There is a spot to hook my ipod up to but I would rather listen to Sirius all day long.
Click to expand...

I take it you do not have a ghetto route.

Ghost in the Darkness

Are they efficient as far as battery life goes?

As a mechanic speaking here please, please, please don't wiring these thing's into the truck in any matter. It not only will draw on the batteries it will on the newer car's mess with the ecm on some instances. I have gone out on some road call's for dead batteries and when I get out there they have there radio wired directly into the battery or the wiper motor or I have even seen a radio wired into the cargo light and the driver had to drive all day with the cargo light on so the radio will work. See if you can get your mechanic to install a cig plug. Were not supposed to do it but in most cases we will. It's better than killing the battery and breaking down!!!

They will no longer wire them in my area. I have a Sirius Boombox that requires 8 D batteries.. I ordered the heavy duty rechargeable ones on Ebay and bought two chargers.. cost about 90 bucks. I just pop them out everynight take them home and toss them in the charger. I leave the boombox on the dash minus the batteries and no one bothers it. If I know I am not working I unhook the sat wire and put the radio in a plastic tote I keep on my shelf with my other junk. As long as I remember to pull the batteries out I am fine.
I can listen to the radio for about 5 to 6 hours on one charge so I wait unitl after 12 or so to turn it on. That is when I really need it anyway.

outamyway said:
I take it you do not have a ghetto route.
Click to expand...

No, I am out int he country with only the cows to bother me.
T

Out of the 120 drivers in my building, I'd say about 50 of us have the Dewalt Jobsite radio. It is expensive, about 125 for the radio itself, and anywhere from 35 to 80 for the battery. The radio is also a battery charger, so basically I just plug it in at night when I get home and its charged for the next day. The battery lasts around 10 hours. It also has an auxiliary audio input jack for an ipod, cd, sattelite radio receiver or mp3 player. And it's pretty tough. It has survived several falls from a top shelf. Like I said, expensive, but well worth the money. They are sold at Home Depot, but you will find a ton of them on E-Bay for less, and batteries too.

I once considered that type Tups, however I thought it would be too hard to keep in place on the dash. I'm in a different truck nearly everyday, finding a good, safe way to strap the radio in is sometimes quite a challenge. I have experimented with different speakers to go with my Sat-radio, but then the antenna is a PIB. I just sing to myself now.

I didn't want to be the first to say it (thanks Trplnkl) but I also sing to myself; in fact, I think I'm pretty good.

The one thing that I found reassuring is that none of you mentioned that you wear headphones/ear buds while you drive, which, in New York, is illegal. I do have at least two co-workers who wear either headphones or earbuds while they are driving--they both have at least a 1/2 hour drive before they arrive on area and both insist that they keep the volume as such so that they can hear everything around them.

What Can Brown Do To You!

I carry a milwaukee jobsite radio. Total cost was around $200 for the radio the rechargeable battery (14.4V but can go up to 28V which plays louder and longer) and the charger. I bought it at home depot. The battery lasts all day (I leave the building about 8:40 get in by 6:30 and it has an aux. jack for an ipod or other mp3 player). I do have a ghetto route so it stays in the back on a shelf. It's heavy enough not to move around, loud enough to hear from the back even while driving and it has a pouch on the back that I use as a lunch box during the winter. 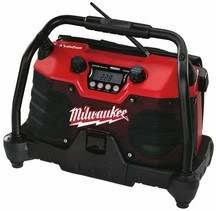 A
Discharged for dishonesty and integrity
7 8 9

S
Has anyone received quarantine pay?
2